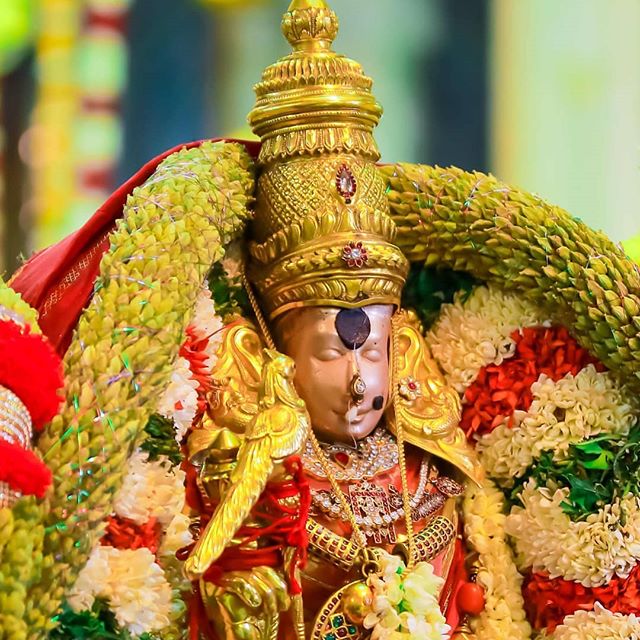 You can book a puja online.

We will send you puja and prasadam from Madurai Meenakshi Temple.

Who should offer prayers at Meenakshi Amman Temple? 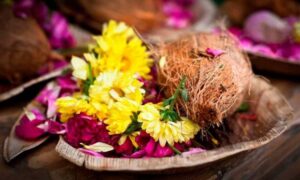 We are here to perform puja’s on your behalf:

We understand that you may not be able to visit the temple personally. Don’t worry we are here for you. We will perform the puja on your behalf and send you the prasadam from the temple. We take care and ensure that we:

Get blessed with peace and prosperity

It will not be an exaggeration if we say that the Madurai Meenakshi temple represents the heart of the Hindu spirituality in South India. This temple has a vibrant and rich history and is renowned for granting devotees all the boons they desire.

The world renowned Meenakshi Sundareswarar Temple popularly known as the Madurai Meenakshi Temple dedicated to Goddess Parvathi and Her consort Shiva (called Sundareswarar here) stands on the banks of the Vaigai river in the 2500-year-old temple city of Madurai. Legend has it that the king of Gods, Indra, discovered a scared Suyambulingam at Kadambavanam and later enshrined it in the city of Madurai. 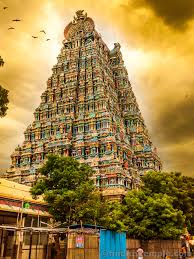 Muslim invaders from in the early 14th Century (1310) ransacked the temple and the Nayaka kings took the initiative to reinstall the glory of the Madurai Meenakshi temple. The present structure was built between 1623 and 1655 CE. Sundareswarar and his fish eyed spouse Meenakshi are enshrined in twin temples. Enclosing these two shrines are the four huge gateways.   This feature can only be found in a few other temples in Tamil Nadu. The city of Madurai was also redesigned as per the rules of architecture (Shilpa Shastras) and constructed in a square shape with its concentric streets finishing at the temple.

Several thousand years ago a pious king called Malayadwaja and his wife queen Kanchanamalai were childless and longed for a child. They performed a yagna and from the fire of the yagna there came out a beautiful girl. They called her Meenakshi which means the one with beautiful fish shaped eyes. There is also another story behind this name. It is said that a fish never closes it eyes. Similarly, Meenakshi Amman protects Her devotees with her beautiful fish shaped eyes that she never closes; She does it by bestowing a kind glance on them.

This girl, Meenakshi was none other than Goddess Parvathi, who had taken a human form. When she emerged from the fire, she had three breasts and the king and queen were very perplexed. However, the received a divine commandment telling them not to worry. The commandment they received asked the royal couple to raise the girl as a brave warrior – just as they would have raised a son. It was predicted that she would lose her third breast when she met her husband.

Meenakshi was a very brave girl and took part in many battles. She also conquered vast regions for her father. Kind Malayadwaja soon named Meenakshi as his heir. Once when Goddess Meenakshi, the warrior Goddess went to war in North India she encountered Lord Shiva who Lived on Mount Kailash.

The minute she laid Her eyes on him she was smitten and became shy, and as predicted her third breast fell off. Her marriage with Lord Shiva (who was called Lord Sundareswarar in Madurai) was finalised and the both of them ruled the kingdom of Madurai for many years. After this they both assumed their divine forms and resided in the Madurai Meenakshi temple as Meenakshi Amman and Lord Sundareswarar (Parvathi and Lord Shiva) 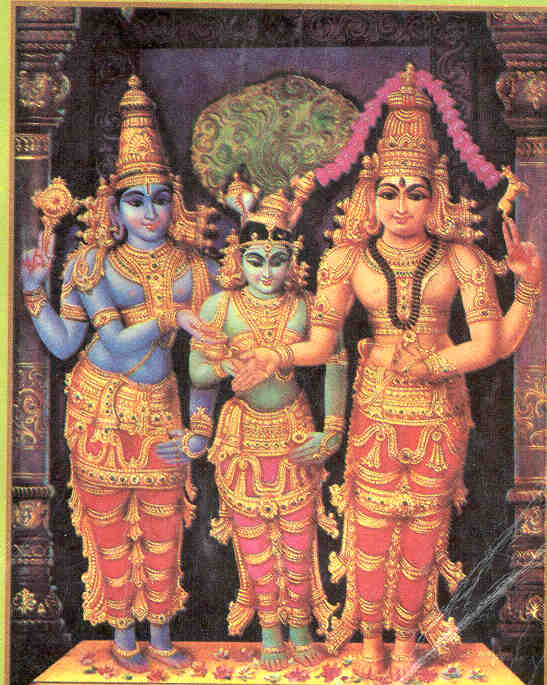 Meenaksi Amman weds Lord Sundareswarar. Her brother Lord Vishnu stands by Her side.

The Madurai Meenakshi Temple is one of the largest temples in India and is an architectural wonder. Spread over 14 acres this temple has 4 majestic Raja Gopurams that tower over the city and form a spectacular feature in the sky line. Each of the gopurams have hundreds of intricately carved idols on them.

Apart from these raja gopurams there are 10 other towers that are present in the temple. The presence of the towering structures serves as a reminder to us of our own mortality and smallness in the large scheme of the universe.

The Madurai Meenakshi Amman temple has also withstood the test of time. Each passing dynasty has contributed to the architecture of the temple and as a result you will find that various styles have been assimilate din the temple.

There are an estimated 33,000 sculptures that are within the corridors, halls and shrines of the temple. The gopurams too have several hundred sculptures in various poses. These have been restored and, in many cases, natural dyes have been used. Many painting and inscriptions can be found on the walls that talk about the history and the glory of the temple.

There is a sacred pond (Potramarai Kulam) inside the Meenakshi Amman Temple that measures 165 ft by 120 ft.  The is usually visited before entering the temple.  One of the main attractions is the Thousand Pillar Hall (actually there are only 985 pillars!!) These beautifully carved pillars were built by Ariyanatha Mudaliar in 1569.

Currently this 1000 pillared hall houses a museum and on display is several artifacts that have been collected since the 8th century. There are the Musical Pillars outside this hall towards the west. Each pillar produces a different musical note when struck. 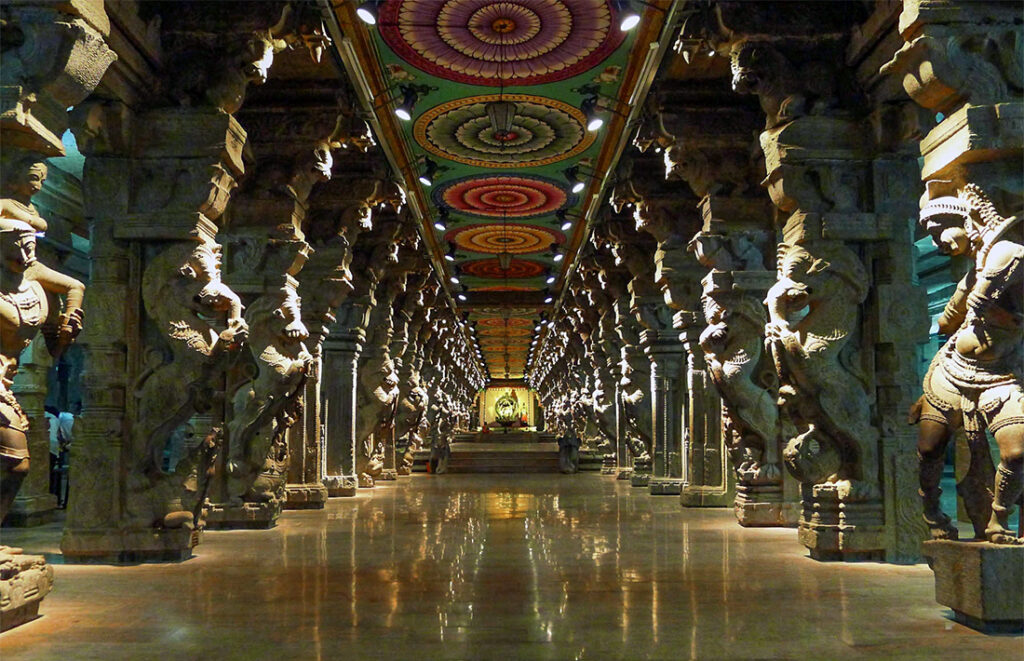 There are festivals celebrated at the temple every month however the Chithrai Thruvizha in April-May is the most important one. This festival includes the wedding of Meenakshi Amman to Lord Sundareswarar. Other aspects of the festival are as follows: 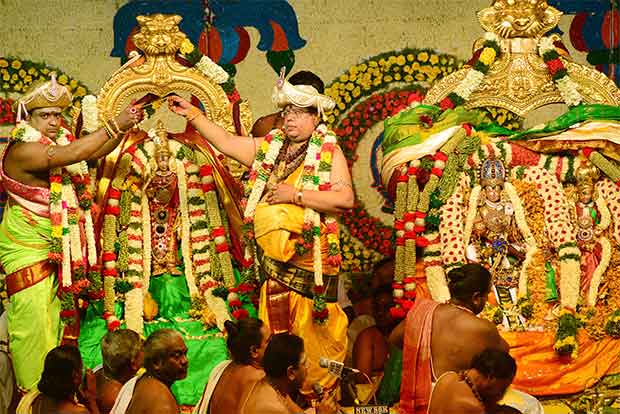 Tips and rules for visiting the temple

Special advice: If you are visiting the temple as a devotee and not as a tourist then visit the temple as early as 5:30am or 6:00am. The people who visit at these timings are devotees who come to offer worship and not tourists. As the day proceeds the tourists take over and the whole atmosphere of the temple changes to something more commercial.

We have received many complaints from devotees that the priests at the temple are sometimes corrupt and demand a lot of money to perform archanai’s. Unfortunately, one cannot deny that such behaviour from the priests do happen. If this makes you uncomfortable the kindly pray to God and do not offer any archanai’s – just drop the money you want to offer into a hundi.

If you cannot visit the temple personally you can order puja by clicking here: